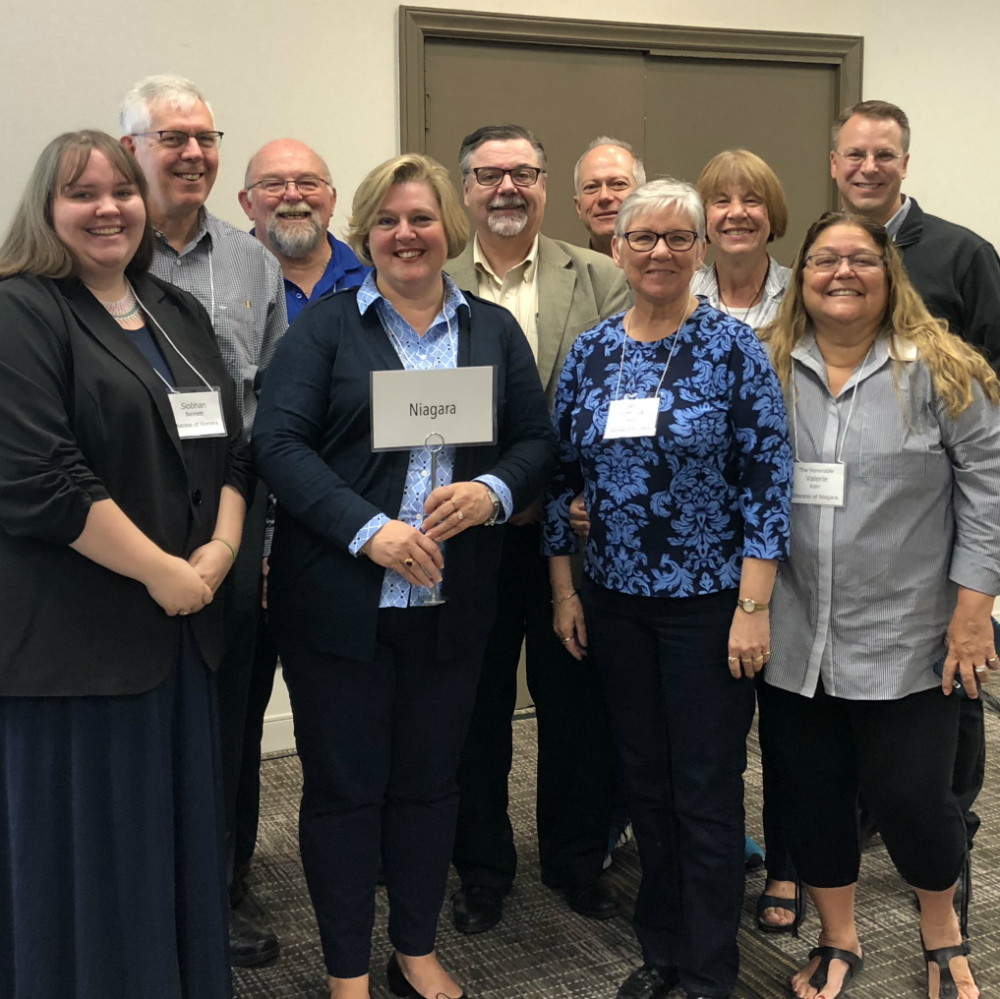 There was plenty of hope imbued within the activities, events and conversations which took place during the meeting of Ontario’s provincial synod which met from October 9 through12 in Ottawa.

‘A Hopeful Church in Changing Times’ was the theme of the triennial gathering of lay and clergy representatives, bishops and diocesan chancellors from the seven dioceses which comprise the Ecclesiastical Province of Ontario. Bishop Bill Cliff, diocesan bishop of Brandon, offered a series of “amazing” biblical reflections and addresses to the members of synod about this theme. “Not only did he get to the heart of the topic under discussion, but he accomplished it with a great deal of humour and panache,” said Pat Davis of St. James and St. Brendan’s in Port Colborne.

One of the synod’s first tasks was also its most significant: the election of a new metropolitan to replace retiring Archbishop Colin Johnson. The Holy Spirit swiftly led its sixty or so delegates to elect Anne Germond of the diocese of Algoma on the first ballot, the first woman to serve in this role and only the second woman to serve as metropolitan in Canada. “God placed in our midst the right person at the right time to be elected,” said Andrew Clinkard of Church of the Resurrection in Hamilton.

In remarks following the election, Archbishop Anne Germond pledged to keep Christ at the centre of her life and ministry. "Archbishop Anne is warm and intelligent and has an incisive mind; she's brave and is not afraid to hold church culture accountable to itself," said Bishop Susan Bell. As metropolitan, Archbishop Germond will not only act as an overseer in the province, but she will also become the diocesan bishop of Moosonee.

The new archbishop was installed, along with Laura Walton, a lay representative from Toronto, who was re-elected as the synod’s prolocutor, at a special service on October 11 at Ottawa’s Christ Church Cathedral.

Throughout the course of the synod, each diocese was given the opportunity to reflect on the ways it was responding to God’s mission amidst society’s the rapidly changing times. “My faith was inspired by the missional moments offered by each diocese,” said Susan Little of St. John’s, Hamilton. Bishop Bell highlighted Niagara’s response to the global refugee crisis, our regional ministries in the Greater St. Catharines area, and the ministry of our Chinese Anglican missioner in Oakville. "It was wonderful to see and hear what was going on in the different parts of our province," said Bishop Bell.

The synod also considered the proposed changes to the marriage canon, and received reports about its work over the past three years on elder care, homelessness, theological education, truth and reconciliation and government relations. There was also an opportunity to honour and recognize the incredible and faithful ministry of Archbishop Colin Johnson as well that of our primate, Archbishop Fred Hiltz, both of whom will be retiring from their leadership roles in the coming year. 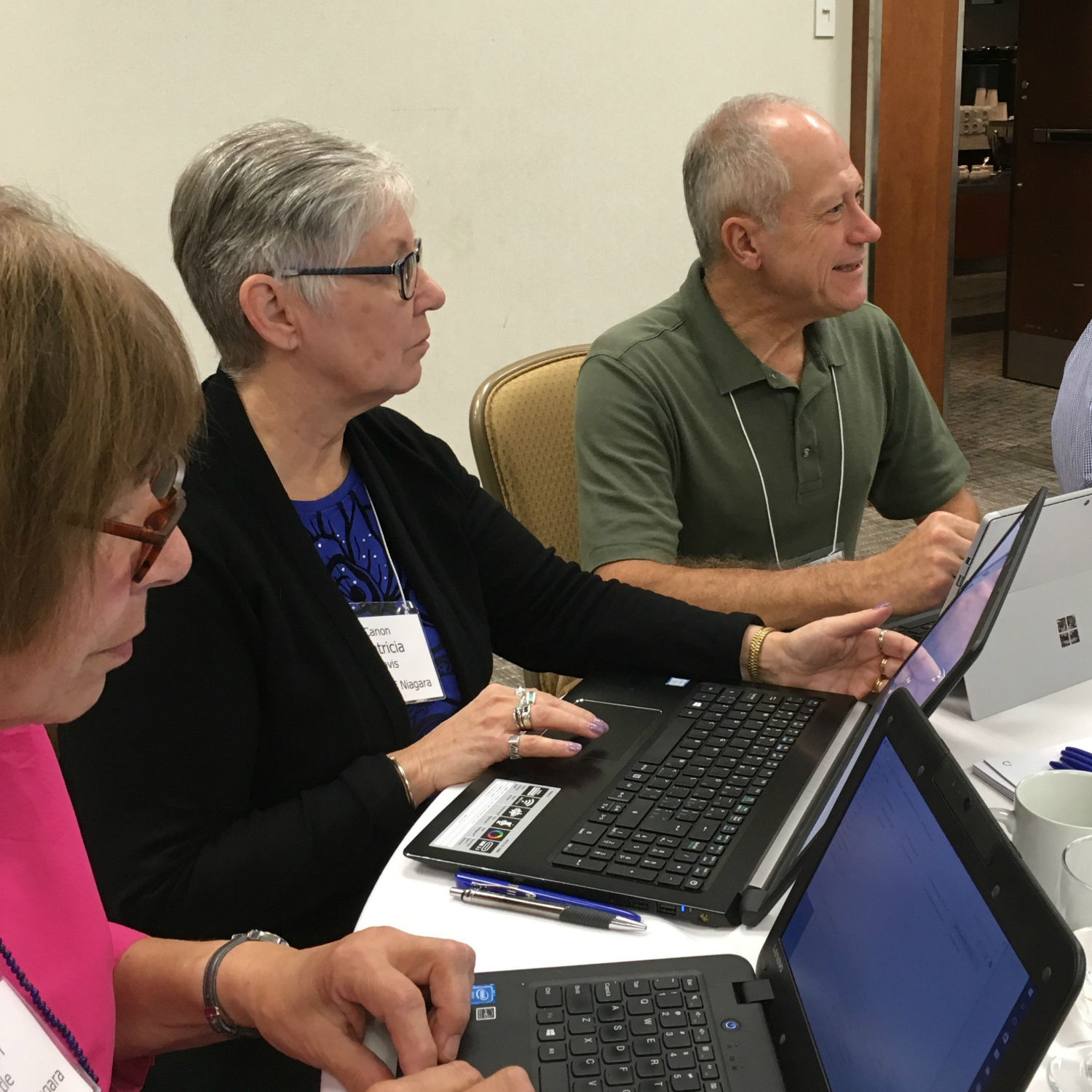 “The fellowship, the community, the worship, were all inspiring,” said Neil Bell of St. Paul’s in Caledonia, reflecting on what he described as “a marvellous experience of being part of the wider church.”

Synods are known to build up the church across diocesan boundaries, but delegates went a step further by approving a motion that will see – as a guiding principle – dioceses working together as much as possible on matters such as safe church policy, financial management and property development.

“It was a very busy schedule with serious matters to address but we were constantly refreshed by the humour and enthusiasm of presenters throughout the long days,” said Pat Davis.

Between this synod and the next, Bishop Susan Bell, Canon Michael Mondloch and Andrew Clinkard will represent the diocese on the provincial synod council, which meets twice a year. New priorities for the council’s work include addressing the issues of climate change, missing and murdered Indigenous women and girls, human trafficking as well as mental health and suicide prevention.

The next Provincial Synod takes place the diocese of Algoma in 2021.